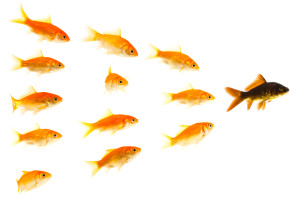 Necessity is the mother of all invention, which is exactly how AdBuy was created. Behind the AdBuy wheelhouse are Frederic V. Bien and Dave Andersen, whose collective vision was to create a media buying agency that was accessible, discreet, and highly accountable to its clients.

Together, the two industry powerhouses collaborated to create one dynamo company that answers to ad executives’ and creative teams’ most pressing frustrations and concerns when it comes to media purchasing decisions. The partners have transformed their expertise and knowledge into a synergy and passion that can be felt by the AdBuy teams and clientele alike. 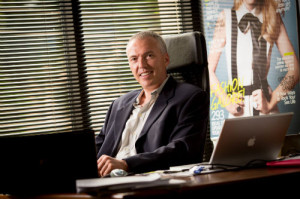 Frederic founded AdBuy in 2006 with the vision of creating an online media buying agency that focused on analytics and strategy. He is a seasoned expert in online video advertising and social media, having worked the full cycle of media planning, targeting, buying and reporting for hundreds of ad campaigns. Frederic co-founded social media advertising company Blinq Media in 2008, and was president and VP Technology until 2010. Blinq was acquired by Gannett in 2012.

Previously, Frederic worked for the Presidents of Ad Sales at Time Warner Cable and AOL, and on ad sales optimization software with Agentsmith for Sinclair Broadcasting. From 2001-2004, he was SVP Media Technology at Turner Broadcasting, leading the digital transition of Turner Entertainment Networks, also 3-year Chair of Time Warner Media Asset Management Committee, and Co-Chair of Time Warner Working Group on DVR’s & Ad Related Issues. In 2000, Frederic was VP of Communities Marketing and CTO of Bigstar Entertainment, an online superstore of movies and a NASDAQ-traded company. In the 90’s, Frederic founded and was CEO of Bien Logic, a premier web agency and internet technology company in San Diego CA. Bien Logic’s web agency business was acquired to form Sitelab International, a top-50 digital agency. Bien Logic’s software business was sold to Netrics, which was later acquired by Tibco in 2010.

In his free time, Frederic loves spending time with his 2 young boys, watching them play Minecraft and Legos, exploring the evolving ecosystem of online social networks, and reading about behavior psychology, which is the science behind great marketing!

With an international background in marketing, Charline cultivated a proficiency in product positioning, brand development, consumer loyalty, and a global understanding of advertising with companies like Coca-Cola and Rubbermaid. Since developing these skills for a major paper product manufacturer and marketer in Europe, Charline decided that the best path to take would be to use her expertise with advertising and brand building in an agency setting in the United States. 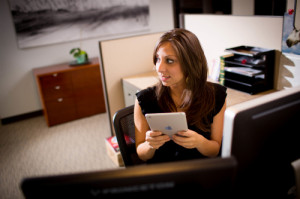 Lauren graduated from Kennesaw State University in 2010 with a Bachelor’s in English for the Public Sphere. After developing her skills in the sales and management world for over 10 years,  Lauren took her overactive appetite for connectivity and turned it into a career. Not content to share information only among her peers, she began acquiring clients for her social media company in 2010. Working primarily with non-profit organizations and companies local to Atlanta, Lauren has become an expert in social media engagement and content curation, and is adapting to the ever-changing world of social media every day.

With experience bolstering the financial and technological industries for over 20 years, Dericka has enlivened the colorless world of numbers with her ability to make solutions appear quickly and easily, yet her solutions are solidly anchored in GAAP. A point of pride in her career was to help in building Prime Point Media, the first advertising company in the U.S. to offer a national network of payphone advertising kiosks. Dericka also gives her time as Financial Administrator to NorthView Christian Church in Buford, GA.

Dave is a respected and resourceful corporate communications professional. He started his career in Public Relations at General Motors; went on to work as VP of PR, Communications and Public Affairs at Cox Communications, among the nation’s top cable television distribution companies during the 80’s and 90’s; moved on to VP of Global Communications at CNBC, the business news TV network; and SVP of Communications at Charter Communications, a large cable TV distribution company, where he worked closely with its founder Paul Allen of Microsoft fame. Dave received the Vanguard Award for Excellence in Public Relations, the cable TV industry’s highest recognition. He was consistently recognized as a leader among leaders of CablePAC and named among the cable television industry’s “Hundred Heavy Hitters”.

Dave is the man to call 24 X 7 when you have a communication crisis. Remember the movie Pulp Fiction: “I’m Winston Wolfe. I solve problems… Forty minutes to get the f… out of Dodge. Which, if you do what I say when I say it, should be plenty.” Well, if you are ever in a (business) situation like Jimmie, please call AdBuy, and we’ll patch in Dave.